This church seeks to see Solihull, in the West Midlands, being impacted by the Good News of the Kingdom of God lived out, in the first instance, through meeting some of the practical needs of those around us. From the beginning, almost 200 years ago, the church gave out food, clothes and parcels of coal to those who could not provide their own sufficiently and we continue today with many practical projects and activities as we seek to engage with the least the last and the lost. Details of many of our projects and activities can be found on our ‘Regular Activities’ page.

As we live out the Good News in our community our church life is characterised by:
Linda, our Mission Enabler, is helping us explore how our different activities support different stages of Christian discipleship and what we might need to do to help people progress in their life of faith.

We are located close to the centre of Solihull on the Warwick Road opposite the House of Fraser department store at 741 Warwick Road, B91 3DG. Please note that the post code for the car park is B91 3DH.

​Q: What sort of Sunday worship do you have?
A: Our Sunday morning worship is structured traditionally and we print an order of service on our weekly notice sheet for the congregation to have to hand, but our style is fairly informal with opportunities many weeks for the whole congregation to interact. Most of our singing is accompanied by the piano but we sometimes use our pipe organ. We select songs mostly from 'Mission Praise' but also use 'Rejoice and Sing'. We project the songs onto a screen but books are also available.
Q: Are children welcome at your church?
A: Yes. Our Sunday morning worship starts with all ages together, before the children go out to age appropriate activities. Parents are welcome to keep their children in for the whole service if they prefer to do that. We accept that children like to make noises and move, and if yours do, that’s ok. We have a sofa and toys at the back of the church if that is an environment they prefer.
Q: Do you celebrate Holy Communion/the Lord's Supper?
A: Yes. Communion is a time when we share a small taste of bread and wine and remember the Last Supper that Jesus shared with His disciples before he was put to death. It is a symbol to help us remember what Jesus did for us when He went to the cross. We normally celebrate Communion on the first Sunday morning of each month.
Q: What is the United Reformed Church?
A: The United Reformed Church was formed in 1972 from the Congregational Church in England and Wales joining with the Presbyterian Church in England. In 1981 the Churches of Christ in the UK joined in, followed, in 2000, by the Congregational Union of Scotland. The URC is the smallest denomination in the UK with a little over 50,000 members nationwide.
We are ‘United’ because of this union of different churches. We are ‘Reformed’ because we believe the fundamentals of the teaching of the Christian church which branched off from the Established Church 400 years ago at the Reformation. We are ‘Church’ because we are some of God’s people living and working to show the reality of God’s Kingdom in the world today.
Q: What about giving money to the church?
A: We expect our regular worshippers to give to meet the cost of ministry and mission of the Church, but do not require a tithe (10% of your income.) Our understanding of the Bible is that everything we have comes from God and should be used for His purposes, some of which will be used directly through the church, whilst other parts of your income should support your own favourite charities, and still other parts to provide a living for you! We encourage you to use all that you have (money, possessions and personal talents) in a way which pleases and brings glory to God.
Q: Do you work with other churches?
A: Yes - we are a member of Churches Together in Central Solihull and Churches Together in Olton and seek to work closely with all other Christian churches wherever possible. We have volunteers working in several projects and ministries in and around the town alongside members of other churches and we host a few of these activities in our premises.

The congregation which is now called Solihull United Reformed Church is the amalgamation of three local URC congregations joining together in 2015.

In central Solihull a congregation was first established in 1825 and within a year was housed in a purpose built chapel in Union Road. Some of those first members had come from the church in Carrs Lane, Birmingham but the congregation grew quickly with local  residents soon joining them. This growth didn’t remain continuous thereafter with several periods of very low membership—though the actual size of the congregation at these times seems to have remained reasonable as much good work amongst the poor, including extensive children’s work, continued.

The Olton church was established in the 1870’s and settled at first in a blacksmith shop with the pastor from Solihull moving there to lead them following some difficulties with the church in the town centre. On the first of January 1901 a new building was opened on Kineton Green Road and was an important part of the fabric of the community and was in use until 2018 when it was sold, the congregation having already formed part of the new Solihull URC.
In the town centre some cottages beside the chapel in Union Road, which were mostly used for the children’s work, were declared unsanitary in 1876 and a new scheme was put into operation to purchase another piece of land for a new chapel and the then used chapel to be converted into new school rooms. In 1884 a new red brick church was opened on the south side of Warwick Road which stood until the site was demolished to allow for the redevelopment of Solihull town centre in the 1960’s. A new hall was built in Union Road in 1958 and the church relocation to the north side of Warwick Road followed in 1966 when the present modern style church building was attached to this pre-existing hall.

At this time new congregations of many kinds were being established in the rapidly growing town and a Presbyterian church was built on Lode Lane by Seven Star Road. This also became a URC in 1972 when the denomination was formed but with so many URC’s so close together it later closed and the site is now a cathedral for the Coptic Orthodox Church.
​
The church established at Hobs Moat in the 1960’s was a planned part of the development of that area and was quickly built with the help of the fashionable pre-fabs for the hall. The building was expanded later adding a small room and a foyer and was used each Sunday until the congregation joined the new amalgamation of Solihull URC in 2015. The  community continued to use the building for many activities until the building closed in 2019.​

Here are some images of events which we have shared together and seasonal posters from the Warwick Road display board. 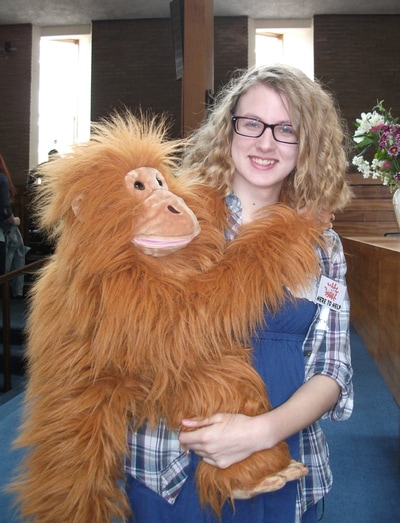 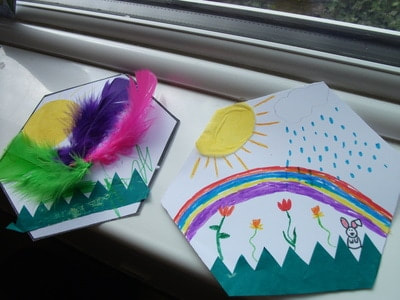 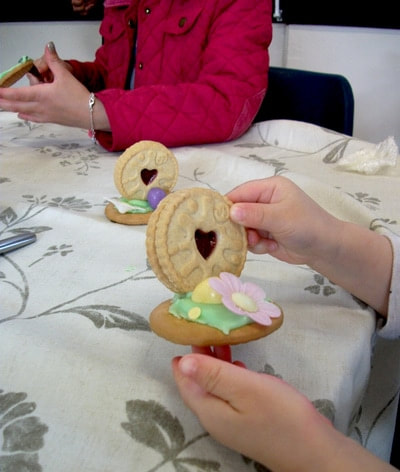 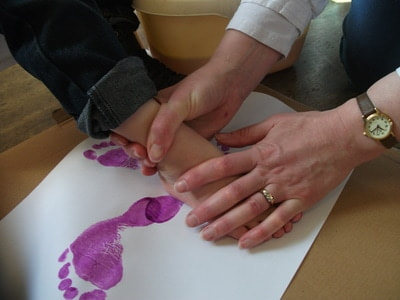 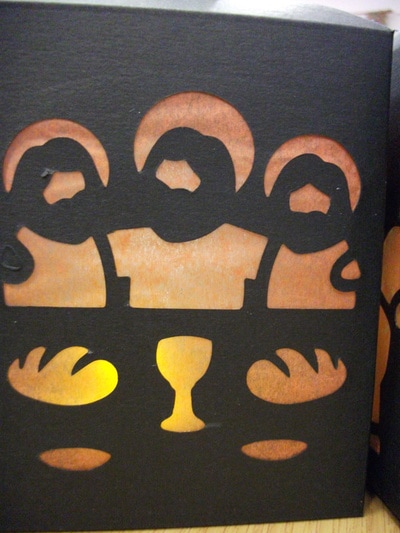 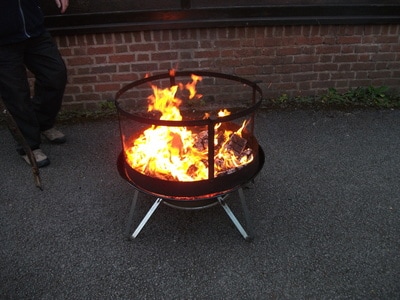 Summer Woodland Walk - appreciating God's creation in Cold Lands Wood in June
Participants collected as many 'samples' as possible in a matchbox. Relevant quotes were posted around the wood. Sticks were used to create 'Jacob's Ladder'. A lot of fun was had by all. 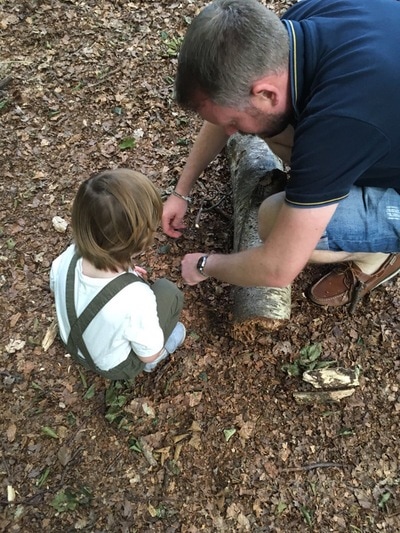 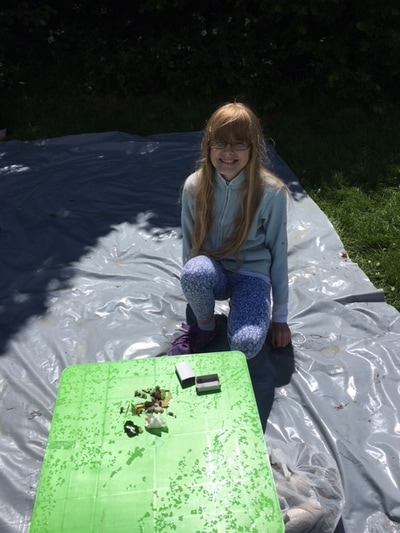